The WorldSkills Champions Trust (WSCT) is a group of nine champions working together to help bridge the gap between champions and WorldSkills beyond the competition.

The initiative was developed by champions for champions at the WorldSkills Champions Forum 2014 in Lucerne, Switzerland. Their idea was to establish an advisory group to work closely throughout the year with WorldSkills.

This group works to help raise levels of engagement amongst WorldSkills champions and promote active involvement in WorldSkills and WorldSkills Foundation projects, initiatives and activities.

Embark on a magical journey to Bangalore, the Silicon Valley of India and home to Chirag Goel, Champions Trust representative for Asia. As a web designer Chirag believes “any sufficiently advanced technology is indistinguishable from magic! Web technology for years has been helping connect the world and provide infinite opportunities.”

Chirag began computer programming at the age of 12, appreciating everything connected to computers and programmable electronics. His interest in computers led him to pursue a Bachelor of Engineering at PESIT, Bangalore South Campus. After earning a gold medal at the national competition, he became part of Team India, competing in WorldSkills São Paulo 2015 in Web Design.

The intensity Chirag experienced preparing for WorldSkills São Paulo 2015 was rivalled only by the intensity of the four days of the 43rd WorldSkills Competition, as the best in the world gathered to celebrate their collective pursuit of excellence. For Chirag excellence is not an end goal but a journey that takes commitment, courage and pushing yourself outside of what you thought was possible.

Chirag intends to inspire younger generations on the importance of WorldSkills as a global hub for skills excellence. He hopes during his time on the Champions Trust he will engage with more Champions and Partners, to improve and develop communities around the world. With his skills and a touch of magic, Chirag will undoubtedly improve the world with the power of skills 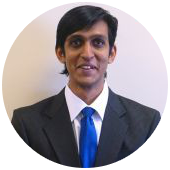